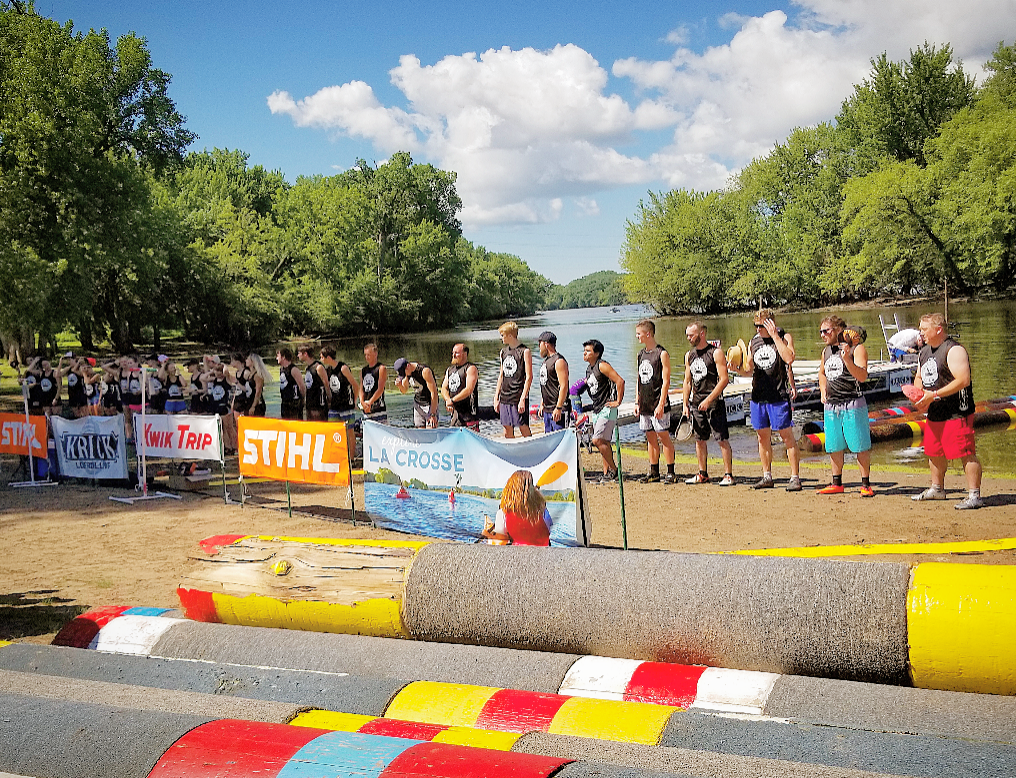 Again in 2017, the Three Rivers Roleo brought logrolling’s most seasoned competitors to the Great River Landing in Onalaska.

Jamie Fischer returned to the professional logrolling scene last summer after a five year hiatus. This weekend, he won his second tournament of what is proving to be an eye opening season for Fischer. Cassidy Scheer, second place finisher,  lost to Fischer in a 3-1 final.

Hayward native Meredith Ingebretson, after losing to the #1 ranked Women’s roller Ellie Davenport last week in Madison,  bounced back with a win over Davenport in an exciting 3-2 final match on Saturday at the Three Rivers Roleo. Shana Verstegen of Madison finished in third place for the third consecutive time in 2017.

Onalaska’s own Connor Birdsong took an early win over Tyler Berard on Saturday afternoon. In the semi-finals, he lost to Scheer, taking the silver, then smoothly made his way through the back side of the double elimination bracket to take third. Garrick Birdsong started out the day with a #1 seed and a bye, and after a loss to Fischer, tied for fifth and sixth. Shane Burns successfully defeated Tyler Berard for a seventh place tie.

Bangor native Emily Christopherson competed this Saturday for the first time in 2017. She ended up in a tie for fifth after beating Lizzie Hoeschler and Haley Penning in the back bracket.